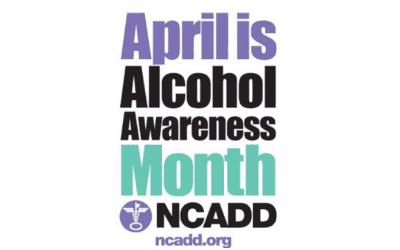 April 12, 2019—Before one more high school student dies in an alcohol-related accident or another college student dies of alcohol poisoning or another family breaks up because of alcohol, the seriousness of the public health problems associated with alcohol and alcoholism must be brought into focus through the spotlight of public awareness.

Alcohol is America’s most frequently-used drug, resulting in more than 88,000 alcohol-related deaths each year, and young people consume it more frequently than they use all other illicit drugs combined. Annually alcohol-impaired driving fatalities account for close to 9,000 deaths (31 percent of overall driving fatalities).

Alcohol-related problems and alcoholism affect each and every one of us, directly or indirectly, and are our nation’s number one public health problem. Alcohol is a drug that affects every cell and organ system in the body, affecting judgment, coordination and long-term health.

The earlier children are exposed to alcohol, the greater the probability of alcoholism and addiction. In fact, recent scientific research suggests that early use of alcohol by teenagers may contribute significantly to dependence on alcohol and other drugs later in life, with 40% of children who begin using alcohol before the age of 13 becoming alcohol dependent at some point in their lives.

Regrettably, too many dismiss underage drinking as a “youthful indiscretion” or a rite of passage from adolescence into adulthood, and many underage drinkers are often first presented with alcohol in their own dining rooms, living rooms and kitchens. Alcohol is marketed to them aggressively and associated with athletic and social events that are popular with high school and college students. Legal or not, bars and clubs that knowingly serve underage drinkers, often with a wink and a nod to fake identification, do exist. Nationally, the annual economic cost of alcohol-related problems exceeds $249 billion. Cost includes health care, business and criminal justice costs and costs due to lost productivity.

These are but a few of the fundamental reasons why we must increase public awareness. Not only is there a frightening set of increased short-term effects — car crashes, violent crimes, assaults, burns, drowning, suicide attempts, fetal alcohol syndrome, alcohol poisonings and high-risk sexual behavior – but there are long-term physical and biochemical effects that put drinkers at risk for the rest of their lives.  “Alcohol is a drug — a powerful, mood-altering drug, and alcoholism is a chronic disease from which people can and do recover,” says David E. Lewis, M.D., Chair of the Medical-Scientific Committee of the National Council on Alcoholism and Drug Dependence, Inc. (NCADD). “Over the past two decades, scientific research has revolutionized our understanding of how alcohol and drugs affect the body and the brain. We now know that prolonged, repeated alcohol and drug use can result in fundamental, long-lasting changes in the body, including brain structure and functioning.”

We need to educate ourselves – as parents, teachers, clergy, employers, counselors, friends and neighbors. It is through education and understanding that we can reduce the stigma often associated with alcoholism that prevents millions of individuals and family members from seeking help. While the issue of alcoholism and alcohol-related problems is complex, it is one that can be resolved – but only through a sustained and cooperative effort between parents, schools and colleges, community leaders, health care providers, employers and young people

There are areas that have proven to be effective in prevention and intervention of underage drinking. They include:

In New Jersey, we must do a better job increasing understanding of and support for prevention, treatment and recovery. Make no mistake — underage drinking leads to extremely risky behavior — not only in the life of the underage drinker, but also with the lives of friends, neighbors, loved ones and innocent bystanders.